Rebirth of Venus is a short arthouse film by filmmaker and artist Robin Noorda, realised in stop-motion animation.

This experimental film is based on a poem by Noorda about inequality and oppression.
He addresses an array of manifestations of oppression causing the exploitation of nature and violation of human rights and especially women’s rights. In Noorda’s view, all these phenomena of oppression have a common denominator…

The dilapidated and overgrown Piranesi-style buildings are inspired by the iconic architecture of two of the most totalitarian and predatory regimes in European history: the Roman Forum and the concrete structures of Nazi architect Albert Speer. In this magical-realistic setting, insect-like optical instruments create feminine statues that come to life.

The miniature set is made of polystyrene packing material. Noorda was inspired by the architectural potential of some of the shapes in the waste material and decided to reuse it. It is a zero budget film. 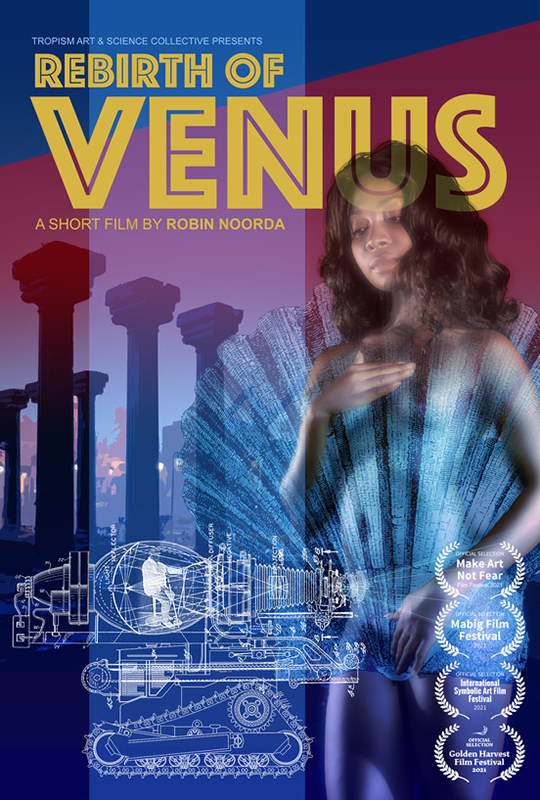 Noorda was designer for the Dutch Broadcast cooperation and pioneer of CGI in the Netherlands in the eighties. He makes independent productions for two decades now. Within art movement Tropism he makes animation films, documentaries, fine art, light installations, VR projects and is curator of exhibitions.