A story about ideas, money, failure, and the hunt for the next big hit. An intimate portrait on producing today´s entertainment.

A documentary about the challenges that come with producing today’s entertainment: those who made it in Hollywood share their personal experience on how to survive in this extremely demanding industry. Continually dealing with rejection and failure, these movie producers expose what it takes to succeed when the whole world is seemingly against you and what makes it all pay off in the end. 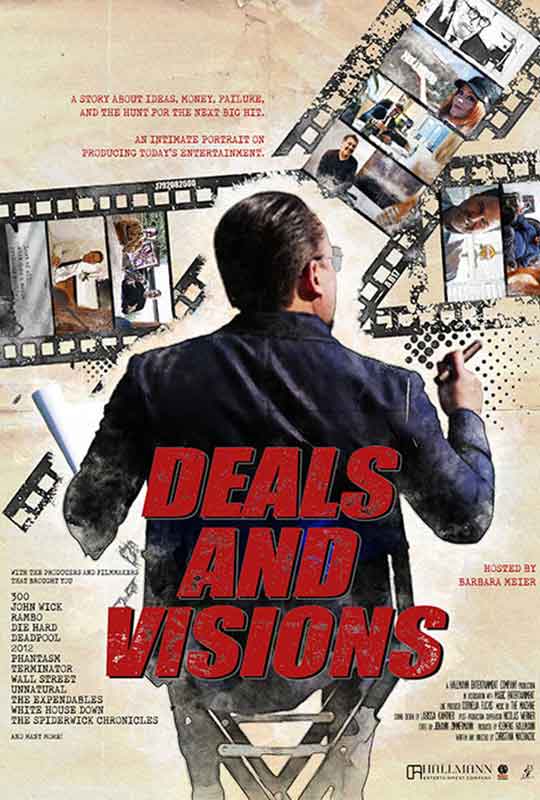 Born in Vienna, Austria in 1971, Christian Machacek came back to his home country after studying for three years Directing and Screenwriting in Los Angeles at the „Hollywood Film Institute“. After working for several renowned production houses on commercials, TV- and theatrical movies he founded his own company in 1995. Since then he produced and directed many commercials, image videos, two documentaries about filmmaking and a series of successful book/DVD-combos for the German territory.

"Deals and Visions“ is his second documentary for an international audience. He is currently finishing a 2-season series called "Breathtaking" (about the 24 most beautiful natural places on Earth) and another production, "DreamScapes". A visual and aural adventure for the whole family which will be shown in theatres by the end of 2021.