Father of a Broken Angel

Mark Wijnen, a man like a million others on the planet. He works as a representative for a German cable company.
He is about to be a father and has his dreams and aspirations.
After the birth of Jasper, his son, his dream is threatened because Jasper suffers from strong epileptic seizures which compromise his existence.
Brain surgery is carried out. Mark’s aspirations and desires shatter to pieces.
Sadness, anger, aversion and denial fill Mark’s life.Dissatisfied with his reality, Mark is touched by an inner force and decides to change the polarity of the problems that plague his life.
All that martyrdom gives way to love, acceptance and affection.
Mark’s attitude ensures that he wins one of the most difficult battles of humanity, the fascinating victory over oneself.
This beautiful story is told through one of the oldest existing languages: symbolism, the language with which the architect of the universe communicates with man. 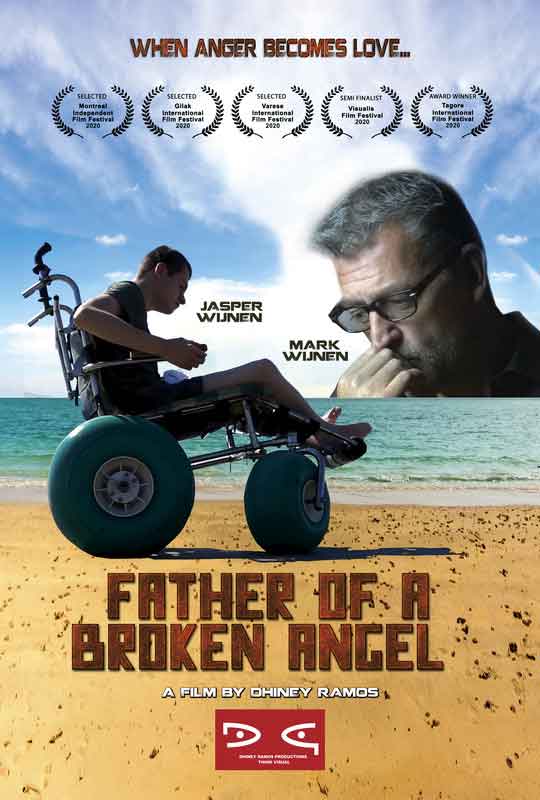 A filmmaker in my opinion, should look for ways or try to show the public friendship, hope, peace, forgiveness and a lot of love. For there is a lot to progress as a human being. And these themes can awaken something Divine in people. As a filmmaker, I look for and will try my whole life to be a promoter of the Light!
Subscibe to Giff Video Channel