Stromboli – as long as the heart beats 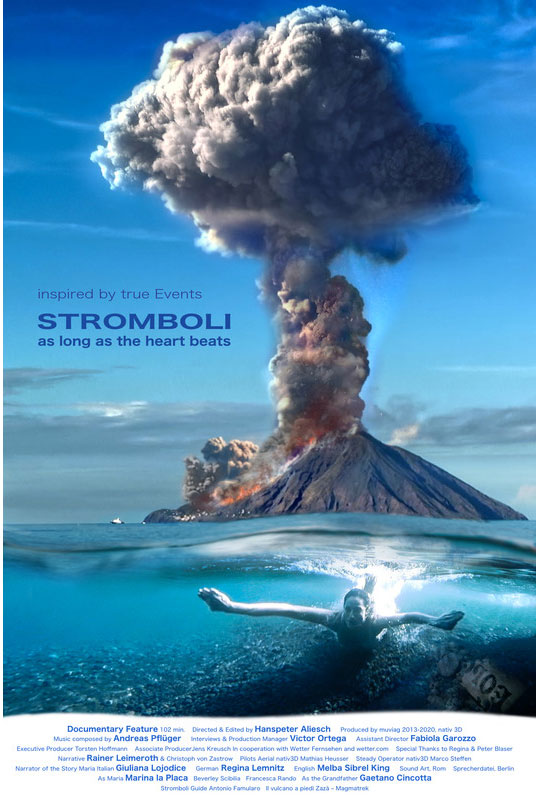 For many villagers of Stromboli, the volcano is both its Soul, and at the same time, a monster. And for some of them, the view of the volcano, was the last of their lives.

During the great eruptions of 1930… Maria lost her grandfather. For many years, Maria has hoped that Grandpa is still alive.
The fisherman, the philosopher, the cook… they're all dependent, bound to the mountain – a life in the unknown.

This is Maria’s story… and a little bit of Stromboli's too.