Off the beautiful beaches, and amongst the beautiful coral reefs of Australia – lurks a deadly, indiscriminate killer. It’s thirst for blood kills 1000’s per year. It lies in wait for innocent victims to swim right into its mouth. It’s not sharks, it’s the Government Shark Control program.

The Queensland and New South Wales Government’s shark control programs use tactics and methods first established in the 1930s, such as Baited Drumlining and Shark Netting, in a vain attempt to protect swimmers and surfers. These archaic methods have been scientifically proven to pose a huge risk to not only sharks, a species under great threat, but also to other marine life, and even horrifically the swimmers and surfers they are intended to protect.

This feature-length documentary film will follow some of the biggest names in ocean conservation, such as Sea Shepherd, Ocean Ramsey and Madison Stewart, as they explore and expose this scarcely understood topic, and explain why we need sharks in our oceans.

As part of their work, countless more advanced, ecologically-suitable and effective shark protection technologies available today are discovered, and lessons are learnt from the progressive work and historical failings of other states and countries.

This film is the voice of a dedicated few, who are desperate to facilitate change. It will examine the failings of the shark control program, the Government’s desperate attempt to keep this from the public eyes, and also the political pressure that slows down positive change. 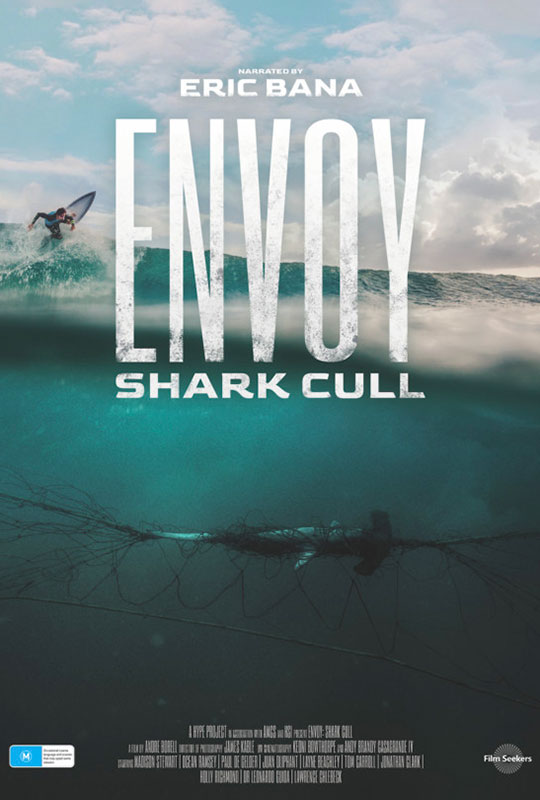 Andre has had a passion for photography and videography from a young age, from jerry-rigging handycams to mountain bike helmets and go-karts, to building underwater camera housings as a teenager. He is a successful entrepreneur who has grown multiple businesses in various industries. Andre co-founded The Hype Project in 2018 with a single goal in mind - to make films that matter. Andre’s inspiration for Envoy: Shark Cull started in 2014 during the WA shark cull. This inspiration continued to grow as the QLD and NSW culls continued, even after the WA cull was abandoned, with little to no public scrutiny. Andre fulfilled various roles and worked endless hours on the production of Envoy: Shark Cull, driven by an unwavering creative vision and burning desire to facilitate change.