Flamenco in My Soul

Nina Coric from Zagreb, Croatia loved to sing flamenco. Her talent was discovered and today she is singer and promoter of flamenco in Croatia and the region. 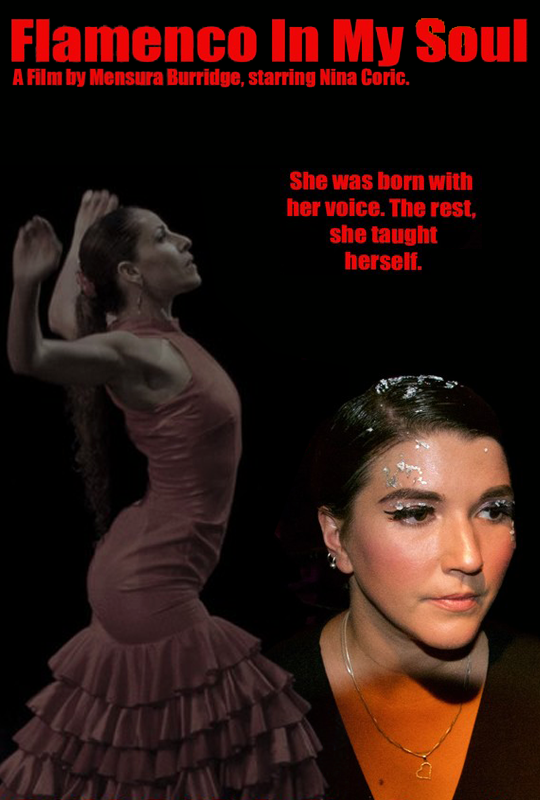 Mensura Burridge, Bosnian by birth, and a journalist by profession, has a great interest in poetry, story writing and film making and is also a tai chi chuan instructor. Radio journalism was her main discipline and also writing about cultural events, interviewing, and producing radio reports and documentaries. She started short film production in 2017 and since then she has made two films, involving herself in the screenwriting, directing, filming, still photography and editing of each. The first is called 'Oud' and second 'Flamenco in my soul'. She worked on and researched for the film 'To Watch the Truth in the Eyes', directed by Vesna Marich.