Growing Up Guide Pup is a unscripted web series about two service dog maniacs named Amie and Matt. They started the first service dog organization in the world with a mission focused on education. Tax #ID 47-2288228. They produce films that promote community giving, edutainment, and lots of puppies. I mean who doesn’t like puppies? A unique social agenda will help drive more people to want to raise puppies, get people interested in service dog etiquette and law, and bring the level of awareness about service dogs to a higher level of consciousness. 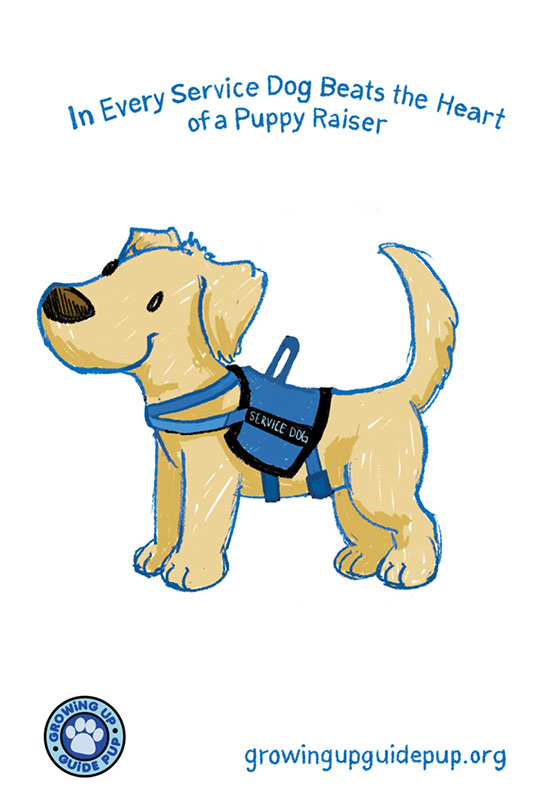 Matt’s love and appreciation for dogs was forever solidified when his shetland sheepdog named Bingo helped save him from drowning when he was just two years of age. He is often reminded of that fateful day from his elders and how he measures challenges. In addition to his appreciation for dogs his other passion is making films. It was very common to find Matt playing around with his dads Sony Handycam creating that next masterpiece when he was a kid. His love of storytelling spawned the eventual creation of Chapman Digital Motion Pictures. He began his professional career producing wedding, music, corporate, and commercial videos in-house as well as freelance for various clients. Then in 2007 Matt decided to create his online moniker Chappyshowcase and started distributing videos during the dawn of the Youtube renaissance. Since then Matt has distributed more than 400 videos on the internet accumulating more than 15 million views and counting. Matt’s other passion is raising service dogs to help people with disabilities which led the foundation of his award winning web series Growing Up Guide Pup which he found with his wife Amie as a cutting edge initiative to raise awareness about service dog altruism. Eventually Matt and Amie turned Growing Up Guide Pup into a 501(c)3 so they could chase their passion to educate the world about service dogs. Matt has been the sitting Chairman since 2015. He is also is a former board member for Brigadoon Service Dogs and Mobility Service Dog West Coast Project. On top of that he also enjoys spending time with his wife Amie, his dogs Ricki, Ozzy, Penny and Pixie.