In this video, the artist Marcy Petit, is embodying two different persons: her own mother before her death in 1992 and herself.

Despite growing up without a mother, the artist always felt that deep secrets were darkening her memory. After having investigated about her life and finding out the disturbing truth, Marcy Petit finally had the chance to ask her the questions she had prepared.

Throughout this fake interview, the conversation is leading the viewer to different topics: The exploration of family trauma and secrets but also the prostitution & representation of woman’s sexuality within the French society of the 70-80’s.

Finally and despite it still being one of the biggest taboo of our society, the mother of the artist becomes a voice advocating for sexuality freedom, woman’s empowerment but also for prostitutions working rights. 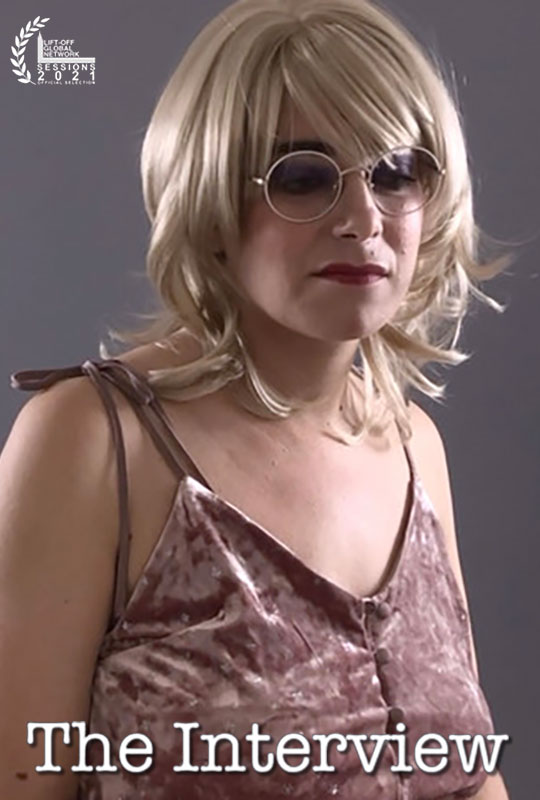 After high school, she gained an MA in Management of Contemporary Art at Leeds and Paris 8 universities after completed a BA and a MA in Visual Arts at Rennes university. She is currently living and working in London (U.K).

She made an important research about relational art, e.g. main topic of her final thesis. Today, she continues to explore this notion within the conception of several new artworks. The devices she uses seek to give voice to the “normal” or “seemingly ordinary” people.

Her work has also undoubtedly been inspired by her upspring since the artist was raised up by her grandparents. From that time, she developed a fascination for the old people, old stories, and old stuffs.

Thanks to one of her teachers, Bertrand Clavez, she also first developed a practice oriented to the “performing action”. This artistic medium represents an important part of her artistic work by using her own body as a medium in her work and performances.

When she was not working on her personal projects, Marcy Petit has also worked in the cultural industry as assistant of production and communication. She has therefore worked at the French Institute of Tokyo and at the Visual Department of the City of Lille.

More and more, the artworks of Marcy Petit seek to talk mainly about the representation of the feminine body in our society and feminist concerns and issues. She has therefore generated a series of works making a stance that is feminine, feminist, sometimes ironic and politic.

Marcy Petit has exhibited her works internationally and has been selected as a resident to the Zaratan AIR Program in 2021 to develop a new project.