The story is inspired from true event in which revolves around a young man, Kiran who becomes plagued by mysterious tragedies. While these incidents perplex the police and investigators, Kiran’s behaviour becomes erratic with each tragedy – he experiences visions of events he is unable to understand or explain.Little does he realize, that he is the conduit for an unknown spirit which lures victims to their chilling fates. 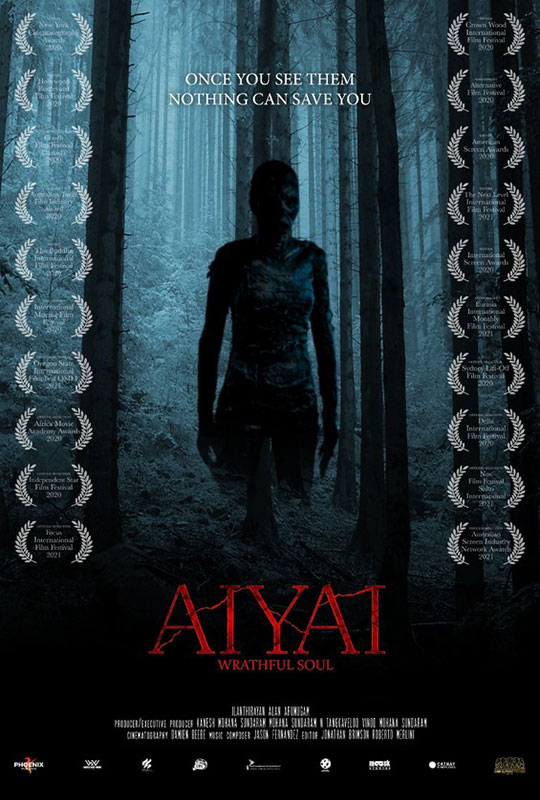 Ilanthirayan ‘Alan’ Arumugam ( https://www.directoralan.com/ ) is a passionate director and screenwriter for International Cinema with a vision to create impactful films. His creations feature a unique style of visual storytelling with a perfect blend of world cinema inspired realism and enthralling narrations. He recently completed the psychological horror-thriller, AIYAI: Wrathful Soul which has garnered raving expectations from the international audience and Alan’s current project in pre-production is ARK13, a fast-paced Action-thriller feature. A Hollywood studio production involving acclaimed stars and technicians, it is set to enthral the movie buffs with breathtaking visuals and stunts. Next in line is the 14 th century war-drama feature film, The Nine Knights, a prestigious Indian-International co-production. Alan’s future directorial projects include APSU, an untold story from world war II and NR: Verdict, a Drama-Thriller feature film. An Australian Film maker with Indian roots, Alan’s impressive line-up of films speaks laurels on his vision, versatility and creativity.
Subscibe to Giff Video Channel