An unmarried 38 year old decides to give up on men, but live the fantasy of being a bride at a wedding, and decides to marry herself. Her hilarious girlfriends support her and her selfish mother objects, but what will she do when suddenly the right man shows up? 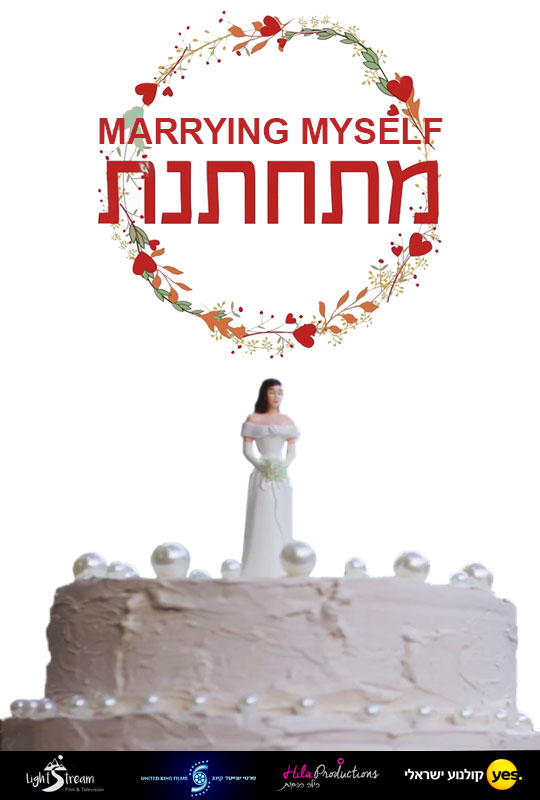 Writer and Director of “Marring Myself”: a Rom-Com for United King (2020). also wrote and directed the mini-series "If and When" for Channel 10 (2015). Writer and creator of "Sheryl Holmes" an animated tv series for pre school with Studio Hive Pro. Chief screenwriter of the 50 episodes youth series "Tichon Ha-Shir Shelanu 2" (Yes, 2010), managing a writer's room of 7 scriptwriters. Created and produced the Internet series "Restart" (for Partner), which was also sold as a format by Armoza Formats and was adopted in Holland.

As a screenwriter, wrote the children's classic movie "Little Heroes" (2006), the movies "the Red Hood setup" (directed by Arnon Zadok 2016), “Yuval Amebulbal” (2018) children feature film produced by United King, "Franky" and "Albert" which was developed by the Israeli film fund.

Wrote the Facebook magazine "Photoromance" (for Yedioth Ahronoth, 2012) and the children's application "Daddy Balloon" (2011). Creator (together with Dror Globerman) and show runner of the Tech late-night "Nexter". As an author, published the books "Be-Karov" (2002), and "Ahava Pahot Ahat" (2005).