Inspired by true events, THE FALCONER is about two best friends, Tariq, the Lebanese-born son of a poor beekeeper, and Cai, a privileged Westerner. The inseparable pair work together at a ramshackle zoo in Oman. Their care-free friendship is challenged when Tariq promises to help his sister, Alia, escape from an abusive marriage. Cai’s worldview and love for animals is pitted against Tariq’s daring plan to steal animals from the zoo and sell them to save Alia. They are forced to wrestle with morally complex choices that reveal the vast distance between their worlds. 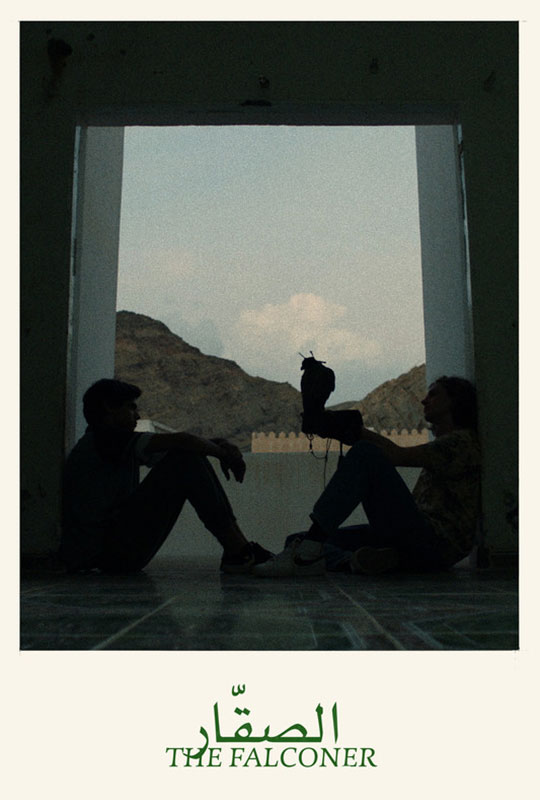 SEANNE WINSLOW - Seanne is a writer and director who first made her mark in Hollywood as a sought after creative producer. She oversaw the Sherlock Holmes franchise with Robert Downey Jr. and Jude Law for Lin Pictures, was the creative onset producer of The Lego Movie starring Will Ferrell, Chris Pratt, Elizabeth Banks, Liam Neeson, and Morgan Freeman, and co-founded an underground community with producer Dan Lin for A-List writers and directors to wrestle with the question, “How do we tell better stories?” (Fight Club rules so don’t ask for more info).

In 2019, Seanne wrote and directed her first narrative feature film, The Falconer, in Oman with Adam Sjoberg. It is the story of an unlikely friendship between two teenagers that spans cultures and continents.

As a writer and director, Seanne is not afraid to tell stories that grapple with hard topics while infusing them with compassion and a sense of wonder. Her current project Ilona is inspired by Seanne's childhood in a German castle. Ilona leaves her life in Los Angeles and returns to her childhood home in a tiny German hamlet to help her mother face her demons. To save both herself and her mother, Ilona must stand up to an ancient spirit-king that haunts the woods.

ADAM SJOBERG - Adam has traveled to more than 60 countries telling stories in places like Yemen, Uganda, rural China, and the streets of Colombia. He has worked with Bono and Project (RED) in subsaharan Africa (ask him about his 31st birthday), produced a massive 1000-person installation/listening party with Kanye West in Madison Square Garden, traveled to India and Guatemala with Warby Parker, produced and directed a feature documentary with legendary rapper Nas about breaking and hip-hop in the slums around the world, (“Shake the Dust”) and directed and produced the documentary breakout “I Am Sun Mu” about a North Korean dissident artist. In 2019 he teamed up with Seanne Winslow to co-produce mini-series about rapper 21 Savage for Spotify, and then went on to co-direct his first feature film “The Falconer,” also with Seanne. He is currently producing and directing a feature film about American Samoa with NFL great and Pro Hall-of-Famer Troy Polamalu, as well as writing and producing an eight-part podcast mini-series about the music and politics in Uganda, which will be released in February of 2021.

Adam craves authenticity and human connection, and is committed to handing the microphone over to people who might otherwise not have the opportunity to be heard.