The Last Nightmare is a refreshingly original feel-good fantasy/horror with elements of comedy and drama. Our movie involves a mysterious presence that is linked to karma and how it is dealt back to some of the worst and most scrupulous people in our society who have all impacted the life of the main… 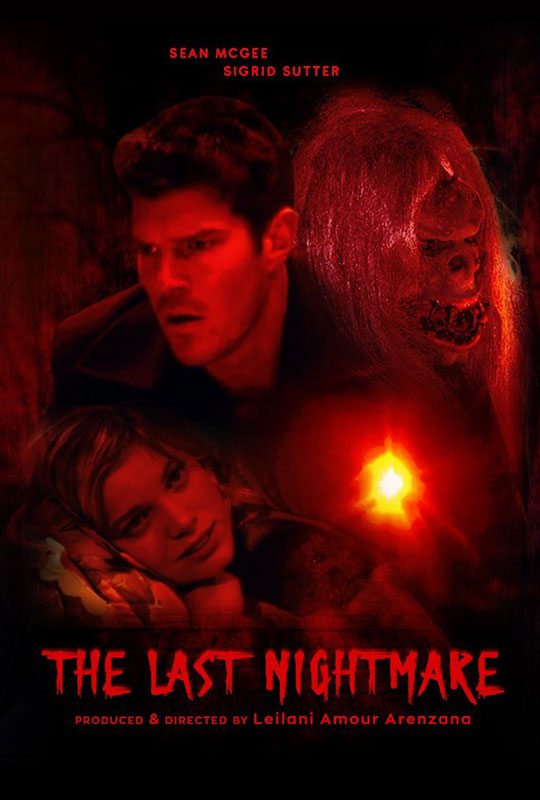 Leilani Amour Arenzana, a Multiple Award Winning Director, Writer and Producer. Has written, produced and directed feature films, short stories, music videos, corporate videos, commercials, PSA and documentaries. Leilani graduated with her Master of Fine Arts Degree, Motion Pictures and Television with the emphasis in Directing at the Academy of Art University in San Francisco, CA. on May 21st, 2015. She also holds several degrees including a Bachelor of Fine Arts Degree from the Academy of Art University of San Francisco, Year 2000. (Major in Motion Picture/TV and Video) and BA in Political Science. She also studied Pre-Med and Law. A member of Screen Actors Guild (S.A.G. -AFTRA) since 1996.

She has been involved with numerous major films and television worldwide including "Ant-Man", "San Andreas", "Matrix Reloaded", "Hawaii 5-0" and the Netflix TV show titled "13 Reasons Why", to name a few. She has worked with big studios including Warner Brothers, Paramount Pictures, Universal Pictures, MGM, ABC/Disney, Netflix and other independent movie companies. She has worked with directors including Clint Eastwood, Francis Ford Coppola, Danny Boyle, Spike Lee, Michael Bay and many more, as well as big names actors/actresses. Leilani is affiliated with a number of entertainment production companies throughout the country and globally.

Leilani is an Acting Director for E.S.O.M.A. (Evergreen Studio of Music & The Arts) in San Jose, CA. In addition to her zeal in filmmaking she also has a passion for performing arts and theatre. Since 2013, she had directed for NorCal Academy of Performing Arts a total of 13 licensed musical plays: "Alice in Wonderland", "Little Mermaid", "Grease", "Annie", "The Wizard of Oz", "Elf" (twice), "Aladdin", "Seussical", "Beauty and The Beast", "West Side Story", "Cinderella" and "Frozen, Jr".

A former Computer Network Engineer/Computer Programmer for over 7 years before her major leap to the motion picture industry; she is a member of A.M.P.A.S. (American Motion Picture Arts and Sciences) for the International Documentary Association. In between her busy schedule she also teaches filmmaking and acting. Leilani owns and operates Heavenly Eyes Productions, Inc., a film/video production company since 2000.

A filmmaker, an entrepreneur, production designer,A educator and a mentor to aspiring performers and filmmakers. Recently completed a music video the "Family Crest" by Mike Osborn. In-production for a movie titled "Vegas Cabbie" written by Nick Mathisen and collaborating with another Bay Area production company ARVU (Phuoc Vu) for another independent film project. She is also involved developing a TV series in Hawaii titled, the "Mystical Islands". She continues receiving awards, nominations and officially being selected for numbers of film festivals for her 2 feature films (Nika & The Last Nightmare), as well as a short movie that she had directed the "One Night in Hong Kong Bistro".

Leilani loves traveling, meeting interesting people and has deep appreciation for all kinds of arts. Leilani's family and friends, her education, professional experience, creativity, family values, cultural background, devotion to her work and passion for life have brought her great success and happiness. (B. MacSwiney - September 25, 2020)