Can a young Arab Australian man be forgiven for his recent militant activities in Syria. After disappearing overseas for 18 months, Jamal is back in Australia and wants to see his terminally ill mother, however he has to deal with his strong-minded older brother Omar, then his wife Heidi and their young son whom he left behind, but most importantly his unforgiving father. But why has Jamal really come back? 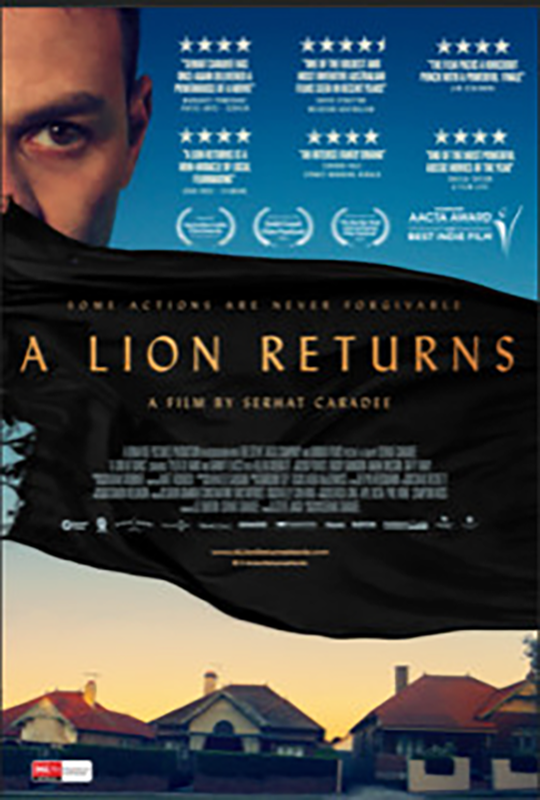 An award winning Australian filmmaker, Serhat’s films have screened at over 50 local and international film festivals, winning numerous prizes and awards. He recently wrote, directed and produced the feature film ‘A Lion Returns’ which is heading to festivals in 2020. His first feature ‘Cedar Boys’, won the Audience Award at 56th Sydney International Film Festival, screened at 5 international film festivals and garnered many nominations and accolades in Australia, including AWG, ADG, IF and an AFI (AACTA) nomination for Best Original Screenplay. Currently attached to direct the film adaption of best selling American author Michael Prescott’s book ‘Mark of Kane’. The true crime story ‘Killer Country’ inspired by Sandra Lee’s book ‘Beyond Bad’. Cast attached so far Kate Box, Laura Gordon and Anthony Gooley. He is also working on numerous other projects all in various stages of development through his company Bonafide Pictures with support from Screen NSW, Screen Australia and other production companies. Serhat comes from an extensive background in theatre, drama and performing arts studies. His vast array and experience covers all aspects of working on stage, TV and film. His recent acting credits include the award winning Australian TV series ‘East-West 101’ and ‘The Principal’, also the 2016 U.S Sci-Fi series ‘Hunters’, produced by Gale Anne Hurd (‘Terminator’ 1 & 2) and created by Natalie Chaidez (‘Heroes’). An AFTRS Directing graduate, Serhat also teaches casually at UNSW, Sydney Theatre School and NIDA.