1989. A few weeks before the Fall of the Berlin Wall, Pago, Rice and Bibi, twenty-four (twenty-five) years old, leave the calm city of Cesena looking for adventure: a ten-days-long holiday in Eastern Europe, in those places where the Soviet regime is still alive. As they get to Budapest, they meet Emil, a Romanian fleeing from the dictatorship in his country.

The man is worried for his family that still lives in Romania, so he asks the three Italians for help.

It’s an easy task: take a suitcase to his wife and daughter. Out of pity and looking for a thrill, the three friends head to Bucharest, in the heart of Ceausescu’s dictatorship. Without knowing what is waiting for them, in a journey beyond their imagination, Pago, Rice and Bibi will find themselves in a country under the dictatorial regime, involved in surreal situations and surrounded by unlikely characters that will seriously put their lives at risk.

Among many plot twists, the three protagonists will understand the true worth of the things that every day we take for granted. They will find themselves, strengthen their friendship and join forces to accomplish the most important
mission in their lives. 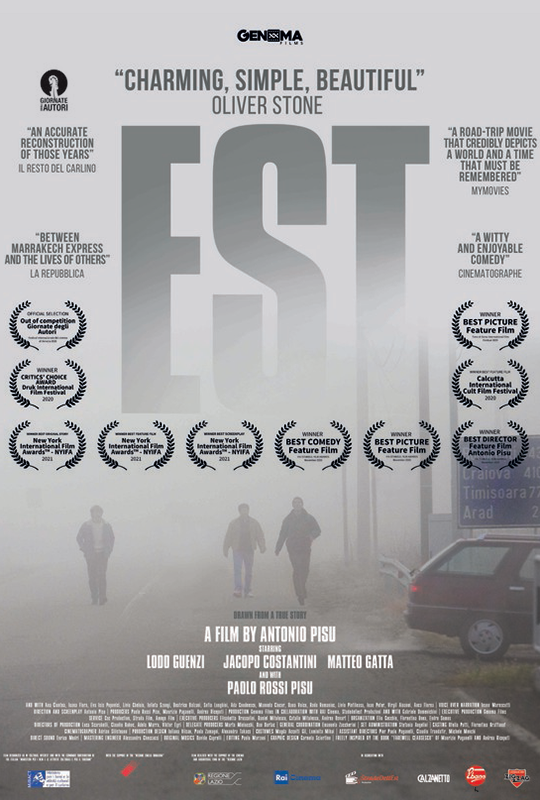 FANTONIO PISU Son of the actor Raffaele Pisu and nephew of Mario Pisu, after many years acting in theater, TV, fictions, commercials and films such as Non c’è più niente da fare and Pupi Avati’s Giovanna’s Father, in 2014 he was creator and actor of the TV series Low Budget, broadcast first by Studio Universal and then bought by Rai4. In 2017 he wrote and directed the film Nobili Bugie, with the participation of actors such as Claudia Cardinale, Giancarlo Giannini and his father Raffaele Pisu. He received many recognitions, among the others the Premio Kineo for best debut film at the 74° Venice Film Festival, best comedy at the ITFF and best screenplay.