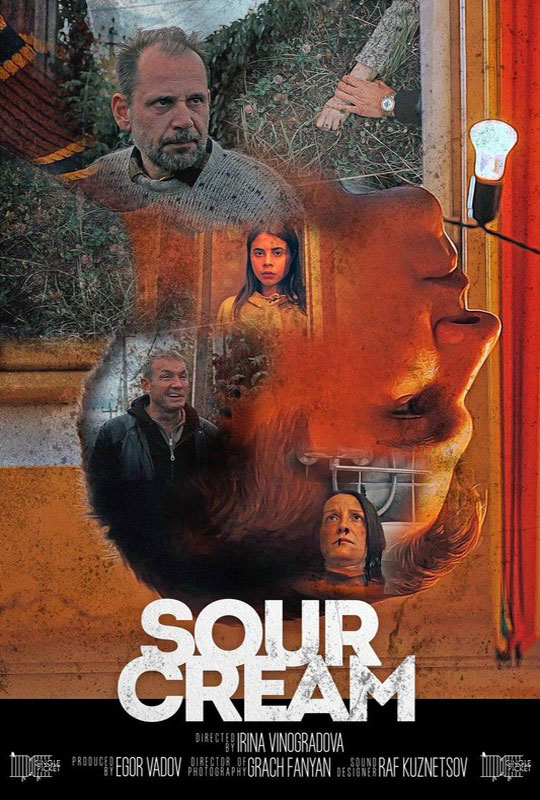 The film talks about the fate of teenagers Ulya and Mathew, from a small town where eve-ryone knows each other. An abandoned field near the highway has become a hiding place for them. There, in the tall grass, they managed to hide from prying eyes. And the adult world, with all its rudeness and despair, existed in parallel, no chance of intruding. It seemed, that no one could take away the last days of their passing childhood, with their first love and pleasures that only they could appreciate like bread with sour cream.
However, the immense space and remoteness from the outer world attracts not only teenagers in love. Adults came unexpectedly. Ulya and Matvey became witnesses of a vile crime.

With all their might, they run from what they’ve seen, but they have nowhere to run to. Their childhood is forever left in the grass, which can no longer hide them.

Born on may 8, 1987 in Moscow. At the age of 17, she entered the Shchepkin theater school and after graduating from it, she starred a lot in movies and TV series. Between shooting, continuing their education and search for meaning. A year of studying at the faculty of philosophy, but realizing that all this is in the books stopped attending lectures, preferring self-education. At the age of 30, she Created an author's program about charity for radio Yabloko, after the radio closed, she continued to write and finished writing stories that needed to be removed. At 31, I went as a free listener to a small film School New Cinema Classes to direct, since then, everything movable and not movable, beautiful and disgusting vows to embody in the cinema.