An African American Republican wife is struggling with her newfound liberal ideology. She must deal with her staunch conservative Trump loving husband who is adamant about “Keeping America Great.” As election night approaches, she must figure out how to express her views or possibly lose herself in the shadow of her husband’s conservatism. 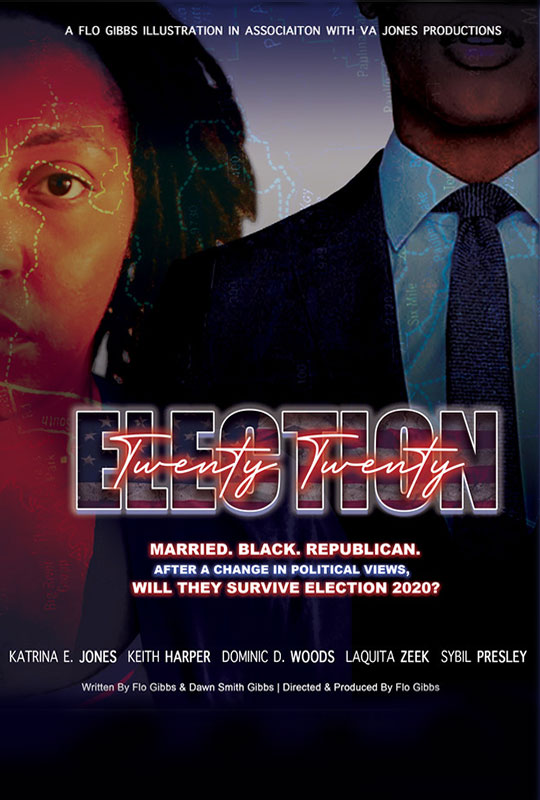 Marc Allen was born in Oregon City, Oregon Flo Gibbs, Writer, Producer and Director Flo Gibbs was born and raised in the music and barbecue capital of the world: Memphis, TN. As a youth, she showed a propensity for acting and film. She would later place #1 in her local district and top 25 in Tennessee for 2 consecutive years for her performances in Dramatic Interpretation (DI) and Solo Acting (SI). For a bit over a decade Gibbs postponed her passion for acting and film and disappeared into the indie music scene during college, and would open a commercial recording studio. It wasn’t until approximately 2011 when Gibbs decided to return to the film scene with a dire need to create a documentary; a project she produced and directed entitled Mentality “Girls Like Us,” which was selected as an official selection for the 2016 Indie Memphis film festival. Since Gibbs’ switch to behind the scene film production work, she has been motivated to continue as a screenwriter, director, producer and filmmaker. You can expect A Flo Gibbs Illustration to be stories that are controversial, creative, thought provoking and outside of the norm.
Subscibe to Giff Video Channel