An atheist arrives at the gates of heaven and recounts moments of his life leading to that point. 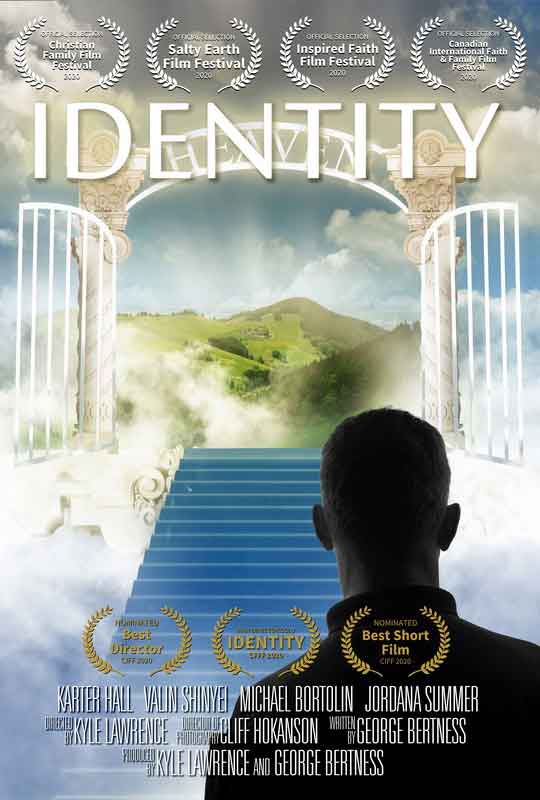 Kyle Lawrence is an award-winning American/Canadian director, producer and filmmaker. At the age of 16, Kyle began writing and producing a 26-episode half-hour television series, which was picked up and airing on TV around the world by the time he was 18.
Kyle grew up in the United States and moved to Vancouver, British Columbia, Canada at the age of 19. He then directed and produced two feature films, THE SCARF and LOGAN (starring Leo Howard and Booboo Stewart). Kyle has also directed and produced a number of short films and web series and has kept himself active in the film world by working in various technical, camera and post production positions on a handful of feature films and over 250 episodes of network television, including Supergirl, The Flash, DC's Legends of Tomorrow, Riverdale, Beyond, Deadpool 2, If I Stay, and others.
Kyle has extensive knowledge in various departments of film and television, has worked in post production, has edited over 16 hours of commercially produced content, has operated dailies for IF I STAY and a handful of MOWs, has produced a handful of commercials and music videos, has provided technical consultation for DEADPOOL 2 and has received letters of recommendation from J.P. Finn (Co-executive Producer of THE FLASH) and David Geddes (Director of Photography on DC'S LEGENDS OF TOMORROW).
Subscibe to Giff Video Channel