Everyone is capable of foul things. When Rodger Flank is invited to play a drinking game with a tight group of friends from college, things start to go terribly wrong. Told out of sequence, and from both sides of the fence, Manhunt is a story of revenge, psychosis, and childhood’s end. 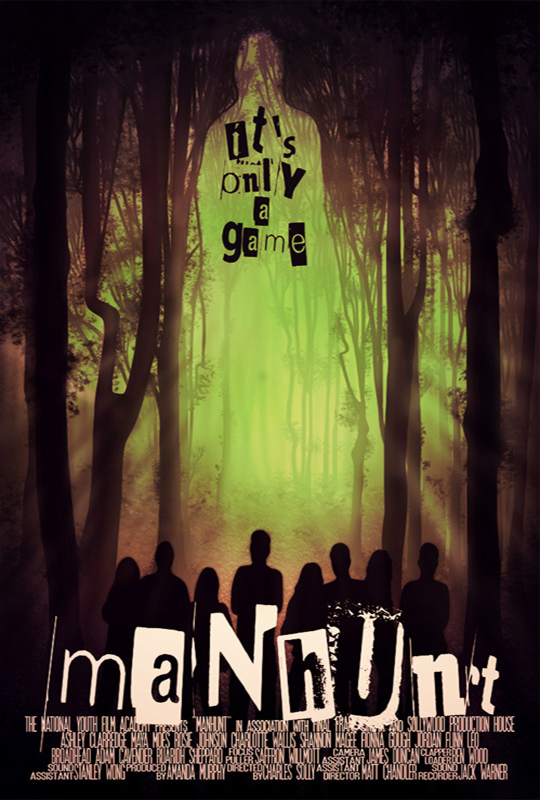 I started my own film company called 'Sollywood Production House' alongside my brother and sister who are also both working filmmakers. Whilst growing up, I turned to the visual medium of film in order to convey my perceptions of the world. Now as time has gone on, I have expanded my focus to also prioritise the sonic dimension of film production, embracing the use score to bring forth an emotive, rhythmic musicality, enhancing the experience of the story being told. I am interested in anything and everything in day-to-day life, but film seems to be a brilliantly accumulative subject that lets science and art, philosophy and entertainment all come together through processes that require skill, talent, discipline, patience and the cultivation of passion. Out of both curiosity and necessity, I've invested a great deal of time into all areas of pre-prod. prod. & post-prod. so as to gain a broad knowledge over the entire film making process.