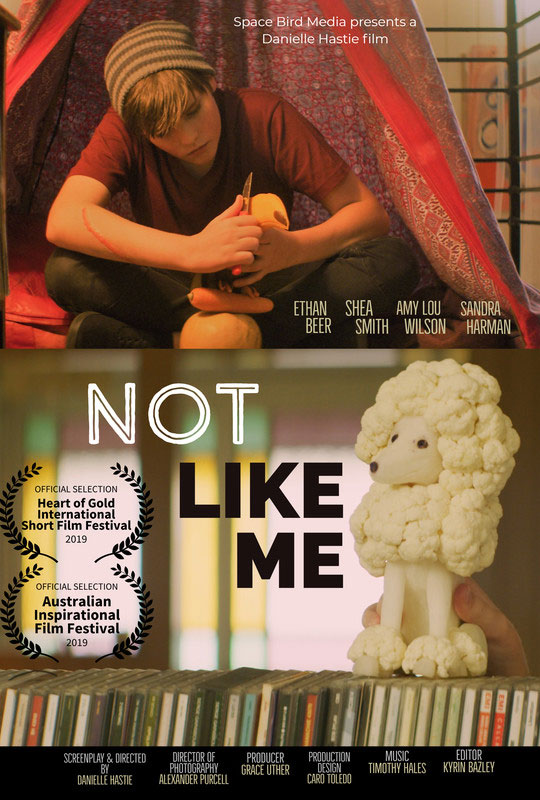 Jack struggles to find identity and connection with his belligerent stepfather after memories of family violence confuse his sense of loyalty. A sweet, funny coming of age story with a vivid visual design, this film tackles issues of growing up with conflicting masculine role models and how being 'different' is okay.

Director Biography
Danielle has extensive experience in storytelling through her work in lllustration, Theatre Design and Filmmaking.

Danielle has a Bachelor of Visual Arts in Illustration, a Postgraduate Diploma in Dramatic Arts in Theatre Design and a Graduate Certificate in Screen Production. She recently was awarded the Griffith University Award for Academic Excellence for her studies in Screen Production. Her first short film ‘The Last Fortune Cookie’ was selected for the 2015 Port Shorts Film Festival and the Dungog Film Festival.

Danielle has won various awards including the 2004 Freedman Foundation Travelling Scholarship for Emerging Artists which funded an Internship placement as a Scenic Artist at the San Carlo Opera House, Italy. She also won the 1999 Fergus Chandler Memorial Award in Theatre Design.

Danielle has completed her latest film, Not Like Me and is currently writing a TV drama pilot.