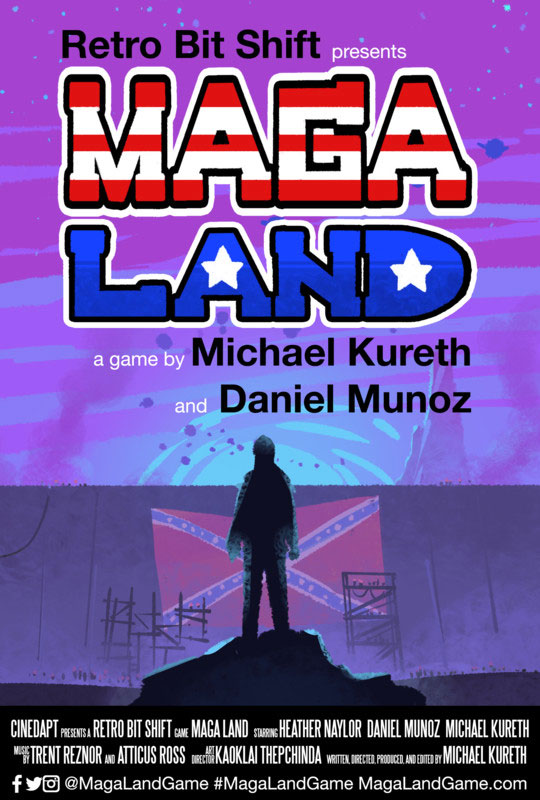 The mind controlling Maga Parasite has swept across the land causing a worldwide pandemic.

Scientists have discovered that foxes infected with the Maga Parasite hypnotize their human victims before brainwashing them by attaching to their heads. The zombified victims then wear a red hat to signify to others their allegiance. Together they protect the fox den by building a wall to shield the Maga Parasite King in a land now known as Maga Land. Shielded behind their wall is an army of Maga Parasite infected birds who retweet misinformation transcribed in the Book of Faces aimed to infest the world of its disease.

A hero has emerged to take on the Maga Parasite and restore peace and order across Maga Land!

With a multitude of diverse skills and credits, he was inspired in 2015 to create and patent Zennect®, a platform to allow others like him to showcase their many talents in one place while leveling up their skills and credits with experience points. In 2003, he became a voting member of the Grammy Awards for his ownership of an independent record label releasing the first enhanced compact disc promoting musicians, music videos, and poetry. From 2003 to 2015, he produced 7 independent feature length films expanding his financing and scheduling skills. In 2007, he built Cinepix to empower independent filmmakers and major studios to be compensated for their films in what he copyrighted as the world's first online movie theatre. In 2017, he created Cinedapt®, a patent-pending adaptive film service which uses artificial intelligence to tailor a film specific to the viewer based on sense of humor and fears while including anti-piracy tracking.

He has a profound ability to recognize talent and potential which stems from his past in self learning. Beginning at the age of 7, he reversed engineered games on a Commodore 64 using BASIC; eventually, he was developing games, audio, and animations by age 11.

Having this self-taught determination has given him empathy to relate with and inspire others. He is a proven hands on, empathetic, and strategic leader with natural management abilities and a reputation of growing loyal teams.