In a world where physical distancing is strictly enforced during a years-long pandemic, Eric Jones (Alex Skinner) looks forward to his frequent video dates with Kat Hunley (Kiana Madani) a tech wizard who does consulting projects for the government. Eric’s last girlfriend, Sarah, was killed by the virus, so he values his time with Kat. A nonprofit advocate, Eric’s also intrigued by Kat’s penchant for taking risks, and tonight, she has a crazy idea: meeting up “IRL,” or In Real Life.

Eric really wants to see Kat in person – so he agrees to her plan. They meet at a local bar with a Clean Air Space System (CAS System). Despite initial nerves, Eric is pretty smitten by Kat, and after a few drinks, the two decide to take an even greater risk: go to Eric’s place.

Once there, it turns out that Eric and Kat have dangerous secrets to share – secrets that are best kept at a safe distance. 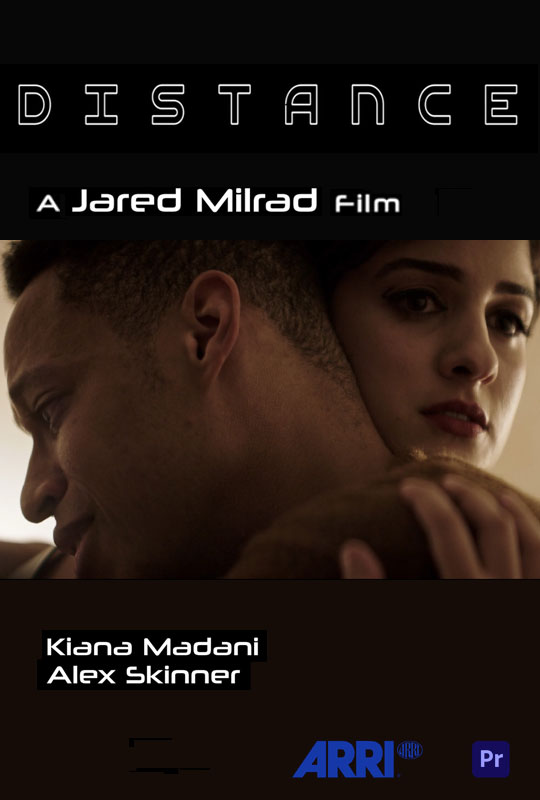 Jared Milrad, J.D., M.S. is a prolific writer-director of award-winning films, pilots, political ads, and PSAs. As the founder and president of A Show For A Change, a socially conscious entertainment company, Jared created Movikarma, a nonprofit that empowers BIPOC, LGBTQ+ and underrepresented filmmakers. He has worked with leading organizations such as The Academy of Motion Picture Arts and Sciences, The Obama Foundation, The Sundance Institute, and The Skoll Center at UCLA. Jared has connected with Oscar-winning, Oscar-nominated and Emmy-winning filmmakers and influencers such as Bryan Buckley (THE PIRATES OF SOMALIA), Tarell McCraney (MOONLIGHT), Troye Sivan (BOY ERASED), Gabrielle Ruiz (CRAZY EX-GIRLFRIEND) and Kal Penn (DESIGNATED SURVIVOR, HAROLD AND KUMAR).

Jared worked on both of President Barack Obama's presidential campaigns and served in The White House. He has appeared in dozens of media outlets globally.