When enough is enough, you realize you are enough! 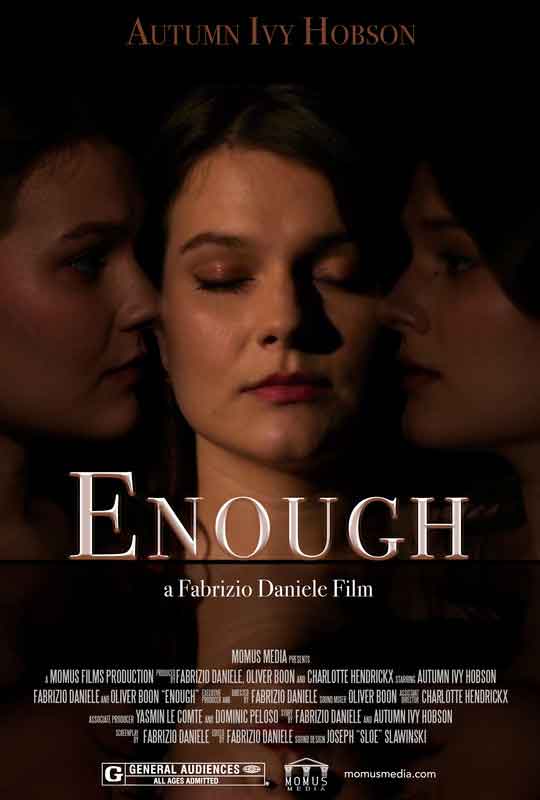 Fabrizio is a professional actor, director, and producer born and raised in Switzerland by Italian parents. He auditioned for a three year acting program at the European Film Actor School in Zurich, Switzerland. There he was taught and directed by outstanding industry professionals such as Vivian Naefe, (winner of Adolf Grimme Awards and Bavarian TV Awards, two of the most prestigious German awards in TV and Film), Rolf Sarkis (founder of the first acting school for film in Europe), and Barbara Terpoorten (winner of best leading actress at Swiss Television Award, the most important Swiss TV award). Fabrizio then moved to Los Angeles where he attended a conservatory program at the oldest acting school in the English speaking world: The American Academy of Dramatic Arts. Some of the most notable alumni of the American Academy of Dramatic Arts are Paul Rudd (known for Ant-Man, Ant-Man and the Wasp, and nominated for 24 awards and winner of 9, including Golden Globe), Adam Scott (known for Parks and Recreation or The Secret Life of Walter Mitty and winner of best Actor at Strasbourg International Film Festival ), Robert Redford and Anne Hathaway (both Oscar nominees and winners). At the Academy he was taught by some of the best acting teachers in Hollywood such as Timothy Landfield (Veteran of 7 Broadway shows) and Amir Korangy (regular on NBC show Superstore).

Fabrizio’s he started booking jobs in the European Film Industry while still at school: during his second year he booked a national TV commercial. That commercial was directed by Simon Verhoeven (known for Friend Request, 2016), winner of 14 of the most important European Film awards like European Film Award, Bambi Award and many more and cinematographer for that production was the internationally know Christian Rein (cinematographer for “How To Be Single”, “Love, Rosie”, or “Wholetrain” and winner of the prestigious German Camera Award). Fabrizio became the face of that brand and ever since, has consistently been on national television for the past 5 years. During that time at school, in Switzerland, he had already starred in several short films, and was cast as a lead in the pilot for a TV Show called Zurich 8001, written and directed by Bollywood actress and model Ankita Makwana. In addition to that, he wrote, produced and starred in his own feature film "Making Of Six, Unscheduled” directed and co produced by good friend and actor, Rafael Luca Oliveira. Those jobs started to shift the spotlight on Fabrizio and by the time he finished his education in Switzerland he was already mentioned in over fourteen nationwide articles and television channels. In Los Angeles, his focused shifted more towards theater where he was consistently cast in leading roles for award winning plays and he continued to book short films as well as writing, producing and starring in his own movies.

At the Academy he was awarded with both Honor and Merit Scholarships for a total of $40,000 in three years. His work ethic also brought him to become the runner up for the 2019 Charles Jehlinger award. Designed to award the best actor of the graduating class of the American Academy of Dramatic Arts.

In early 2020, Fabrizio launched his own YouTube channel, uploading videos covering the business and artistic sides of acting, as well as teaching differences between the US and Europe. The channel grew to about 800 Subscribers in less than half a year. In July 2020 Fabrizio also started his own company, Momus Media LLC. Designed to produce and create content in the film industry.