POOLSIDE accounts the haunting moments of a 1950’s high society woman struggling with keeping her sanity while isolated at her indoor pool. The idealistic background acts as a stark contrast to the dark concepts, swimming through this candid unraveling of a woman alone, trying to understand the voices she hears underwater. . Self-doubt, addiction, loss, and fear are just a few of the emotions she struggles with while coming to terms with her unimaginable situation.

Meg Stephens is a 1950’s high society housewife who put her dreams aside for her family but is left to fend for herself with the aid of alcohol, Librium and Valium, and her own mental stability in a massive modern home with a golf course view. While swimming in her upscale, indoor pool, she begins to hear voices.

She decides to find out why she hears voices. Even Emma, the cleaning lady, refused to continue her work there after her horrifying experiences while alone in the house. Jeff Murphy is ready to sell his house to a lovely couple, Austin and Sarah Peterson, and will not let stories of a woman dying years ago affect this transaction.

All of these stories come together through the clockwork automated home that acts as the backdrop to a classic story about space, time, and the spirits left to repeat their last moments. 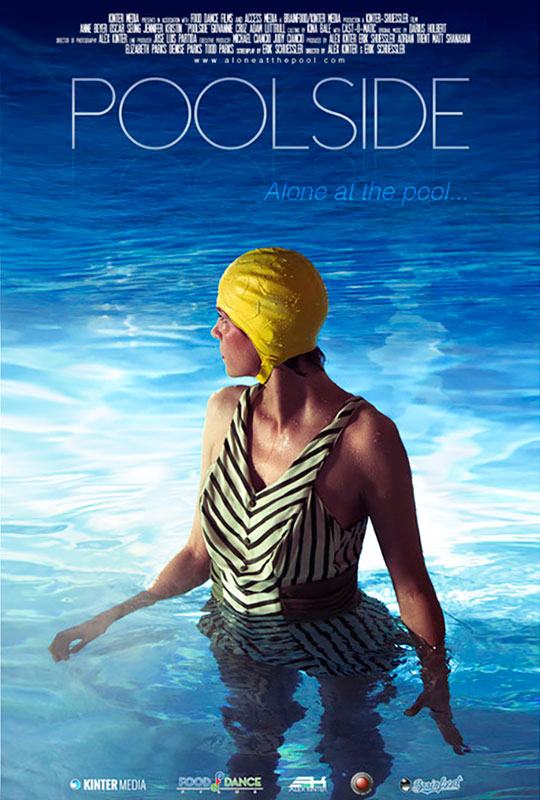 Alex Kinter was born and raised in Cali, Colombia and moved to Florida with his mother at the age of 5. Alex's father was a regional manager for a chain of furniture rental stores which led the family to move to Texas because of a change in the workplace with his father. Alex had an interest in action sports and the arts from an early age. He was soon heavily engaged in graphics, computers, and web development. Since the video courses were always full, Alex took up Photography during his junior year which led to an early start to lighting and composition. Once his early education was complete, Alex attended Texas A&M University-Commerce for Art Direction & Photography (2011). Alex received his certification as Digital Imaging & Post-processing Technician from RED Digital Cinema Education (2012).

After Completing his early education in 2012, Alex entered the mainstream entertainment industry. He started his career in photography & cinematography and gradually moved into directing music videos, commercial production, marketing, music production, and entrepreneurship. For several years, Alex worked alongside entertainment host, Paul Salfen. Alex and Paul worked on shows such as The Drew Pearson Show, Sports Plus, and Inside Entertainment; as well as notable print publications, Envy Magazine, 944 Magazine, ScoreBoard Monthly, Once Alex gained enough commercial, advertising and industrial experience in the Dallas market, he started a media production company.

Alex's company media company has quickly been established by this young man's diverse and gifted talent. He has also ventured in the film production realm with several partners. Alex recently directed and produced the short film The Poolside (Alone At The Pool) alongside writer/director Erik Schuessler and starring Anne Beyer.

Alex's ambition for the art and experience in the industry has also led him to start acting per some of his music video clients and film comrades in shorts and web-series, most recently in David Lee's music video - Bringing Hippie back. Kinter has filmed and photographed a wide range of celebrities like Sir Richard Branson, Will Ferrel, Zach Galifianakis, Selena Gomez, Dirk Nowitzki, Val Kilmer, Stephen King, Jennifer Hudson, Matthew McConaughey, Taryn Manning, and Paul Oakenfold, just to name a few. With extended business networks and teams in the commercial advertising space, he produces key content pieces and effective video marketing strategies for many established local, national and internationally recognized brands.

Today, Kinter consults for many brands and businesses for their video marketing needs.