Find out what happens when Simone, an African American female, arrives at her booked Airbnb room which is in a house owned by Samir, a Middle Eastern male, who lives there. Would their different backgrounds make it hard for them to get along? watch and find out.Experimental Short Film. 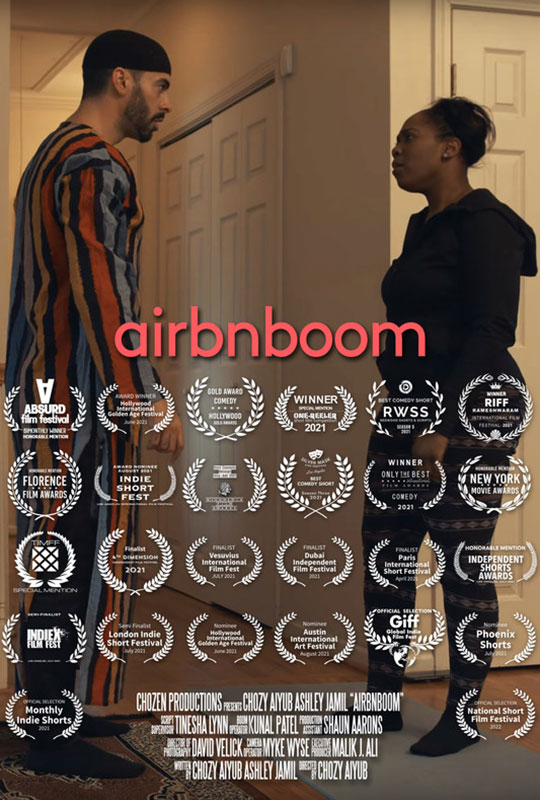 Chozy Aiyub knew that one day he will make his way to the United States and become a star. Born and raised in Palestine, at a young age he was already involved in performing arts, creating film and music since his father had a very famous band/dance group called "Al-Kawakeb" - translates from Arabic to English as "The Planets".

Chozy Aiyub was always involved in stage performances, dance and music. Growing up, he got to learn how to play the piano, guitar and drums by ear from being around his father.

At the age of 13, his father bought him his first video camera. That is when Chozy Aiyub began creating short films and casting his friends and neighbors as actors. He would also act in his short films as well. That is when he realized his passion for acting and directing.