A struggling alcoholic actor finds out he’ll get the most important phone call of his career at seven PM. Will he get it on time? Or will his hangover overcome him… 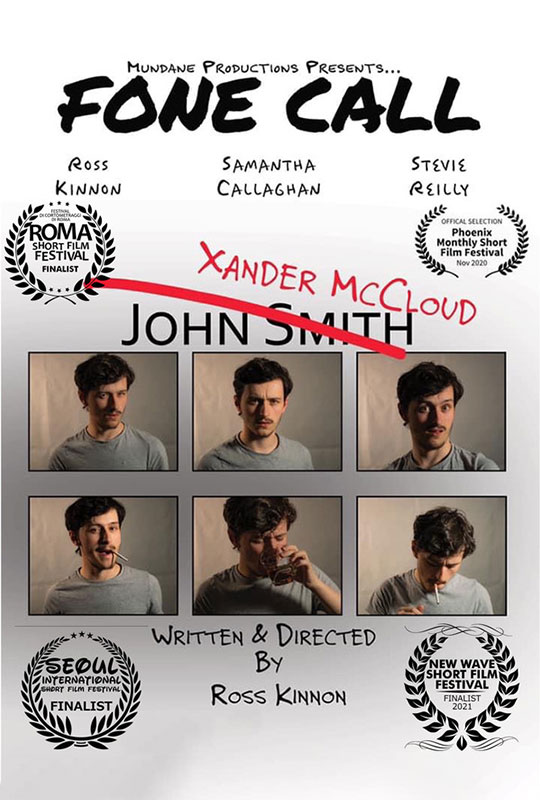 Ross Kinnon grew up in Central Scotland and from an early age wanted to make movies and tell stories. After training as a Plumber, Ross decided to return to college to study acting. He trained for two years at New College Lanarkshire. Finding his love for acting and film there. Ross now spends his time looking for acting roles, writing screenplays and trying to make as many people as he can, laugh!