A newly-wed couple struggle to have children. They give up their jobs in London and move to the countryside, hoping to fulfil their dreams. Few years later a very special baby is born, one who can turn himself into a piglet!

How will the parents cope with a reality that is nothing short of a miracle?

And what if a terrible fate awaited the kid? 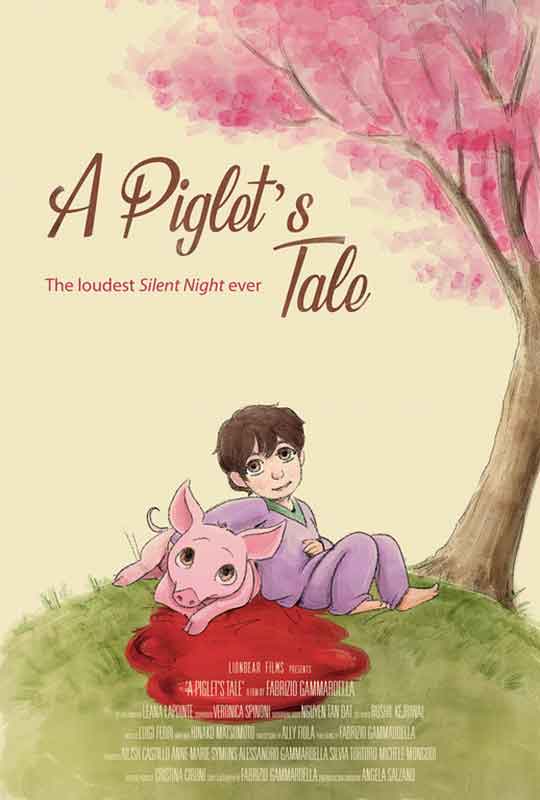 Always passionate about movies, I took my first steps in the entertainment world working as curator of a silent films' archive.

Between 2008 and 2014 I mainly worked as film-maker, directing and editing 3 short films which got some recognition in national and international film festivals. I've also put some experience under my belt getting involved in several other projects.

In 2015 I set up my own video production company and got the chance to collaborate with a London-based crowdfunding enterprise, Userfarm Europe. Thanks to that partnership I managed to add to my portfolio blue-chip companies such as Lufthansa, Fernet-Branca and Canon.

I also produced, directed and edited my first short animated film, Sissy’s Dream (2015), which has been screened at prestigious Roy and Edna Disney CalArts Theater, in the Walt Disney Concert Hall in Los Angeles. It also won a special award at the Giffoni Film Festival 2016, the largest children Film Festival in the world and has been officially selected in numerous International Film Competitions.

In 2016, I moved to London, where I've been working as freelance video editor ever since (I'm an Adobe Certified Expert).

Over the past 4 years, thanks to my skill-set, I've had the pleasure of being involved in projects featuring high profile professionals, such as the veteran editor Sean Barton (Editor of Star Wars return of the Jedi 1983) the iconic top model Kate Moss and the popular Tv presenter Tess Daly.