When colorful birds from all over the world land at the border crossing of a fictitious country, they get hit with a slew of insults by the two nasty vulture guards, and are denied entry. Prejudice is in the air. A comedic parody on a serious subject. 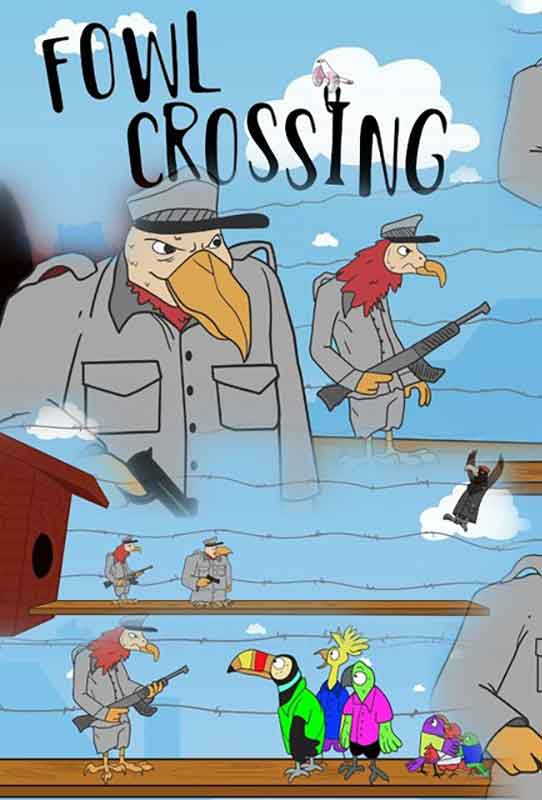 Authenticity, humour and love are my mantras. I've lead an eclectic life which is expressed in my art. Acting, music and writing have converged at various times in my life. One of my favorite roles was Ursula, the lead in the award-winning film "Her Decision", directed by Glen Salzman and have toured Greece the role of Andromache (The Trojan Women). As a writer, I was an arts columnist for Montreal's Free Press paper (1999-2016) and was an internationally published journalist. I have written eight children's books, including "Les 5 Sens en Folie" which won a Mr. Christie nomination. My published novel, "Floating On Lily Pads" was launched in Mexico and Greece. I was honored to be interviewed on CBC radio and on other media about my poetry.short story collection, "Beyond the Dream: Epic Solitude". As a singer-songwriter with 3 CDs out, my anti-bullying song, "Be You" was given a special performance during l concert for young adults at Ontario Place in Toronto. I love to create; my imagination never stops.
Subscibe to Giff Video Channel