F.E.A.R: Face Everything And Rise

“Cultural expectations” and “values” can often clash with our innermost desires. Many women today feel caught between what has been conditioned into them by their family, culture or society and their own dreams and aspirations. Many are consumed by what has been put upon them instead of fighting for what they believe is their freedom and the opportunity to make a better life for themselves and the world around them. 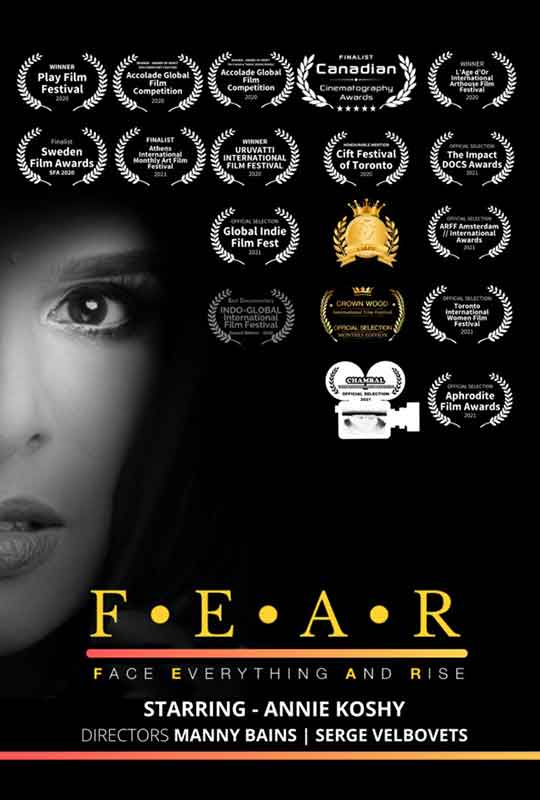 Manny is a 2-time Award-Winning Author, Actor, Director & International Speaker. He has been helping people all over the world improve the quality of their lives and grow themselves and their businesses. Manny started his journey back in 2016 where he was in the corporate world working in the telecommunications sector. He wanted more out of life and wanted to make a bigger impact for himself and for other people. He started to invest heavily in his own personal development and higher education. From there he pursued his lifelong dream of acting and being on television. He has done commercials for some of the top brands in Canada such as Canadian tire, Lowes & Cineplex. He has also appeared in hit TV shows such as Suits & Designated Survivor. He has also been in other TV shows such as History Erased, Haunted Hospitals, & Un-expected killer. Manny also has hosted the Toronto Global Village Festival in 2017, which showcases Canada’s vast multicultural talent of singing, music, and entertainment, and to bring together diversity within the country. He began his directing career in 2018 where he took his book “Switch” and created a documentary (alongside his production team) called “Break Free” which was a one of a kind documentary film exposing Canadians to how can take a new, empowering approach to their finances and opening the window to educate them on what they fail to know when it comes to how they manage their current financial situation. Many then wanted to create a platform whereby other entrepreneurs can showcase their message and tell their story and have it on a worldwide platform and have global exposure. This would pave the way for more social change and a boost in the individual’s self-confidence, identity, a personal brand which would impact their business and/or mission in a positive way. He continues to give that voice to people and helps individuals and organizations increase their brand, rise to a new level for their business, position themselves as an authority in their field, and creates a once in a lifetime experience for a person to let the world hear and see their message and be the star of their very own documentary film.

Manny is passionate about creating films that bring about social change, that can have a big impact on the world at large. He continues to lend himself to passionate, empowering projects that align with his morals and values and help the world move to a more empowering, and more positive place.