The filmmaker has shot for 16 years Lula da Silva’s trajectory on politics which took him to the Presidency of Brazil. Through unique indie filmmaking, we observe the path that takes him to get elected, reelected, impeachment of his successor and colleague Dilma Rousseff, and Lula’s incarceration process that paved the way to Jair Bolsonaro’s presidential triumph in 2018. 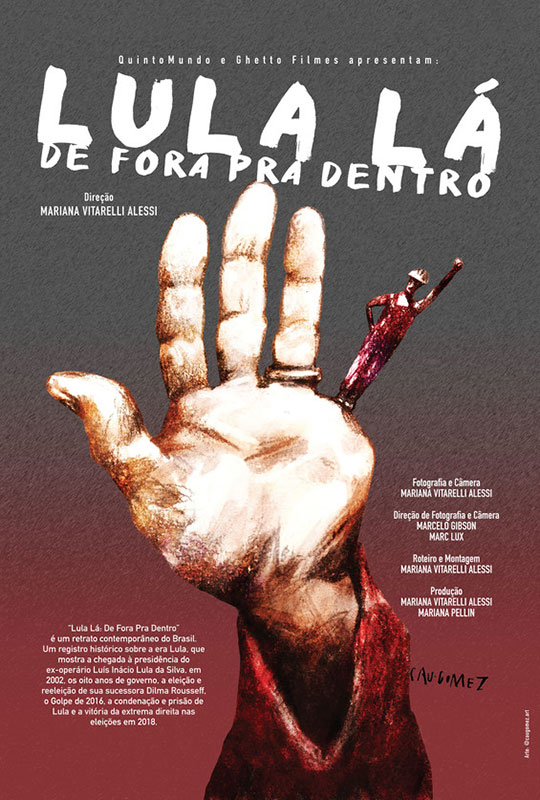 Mariana Vitarelli Alessi is a photographer, videographer and journalist, worked in several media, including publications and television stations in Brazil and abroad. She has been making documentaries since 2001. In 2007, she won the TeleSUR Award for International Distribution, at the Gibara International Festival (formerly Cine Pobre), in Cuba, with the feature film “2001: Uma Odisseia à Brasileira”, which makes a striking portrait of Brazil at the beginning of the 21st century. It was a content provider for the multi-state channel based in Venezuela and made micro-documentaries for several TeleSur programs. She was also the channel's correspondent in Brazil. Since 2004 she has dedicated herself to producing the documentary "Citizen Lula", a historical record of more than a decade.