Hermes, the most human-like of all the Olympian gods, is now old. On this day he remembers himself as a younger transgendered man, irrepressible but needy of his father Zeus and his aunt Aphrodite. He roams the world, on a quest for love and self-validation. He misbehaves it’s true, but this is not a cautionary tale, he is after all a god and can do as he pleases.
Remembering Hermes is also a 4th dimensional being so he views time via eternal recurrence.
You see, TIME is circular and in layers for a 4th dimensional being. Memories are also seen both clear or hazy depending on their importance.

In the beginning it was young Hermes quest to find a way to fully love himself inside the inter-related domains of earth, sky, fire and water, in order to be successful and be a fully realized Messenger of the Gods.

Filmed in many wondrous locations around the globe since 1998, this story commingles the divine with the mundane across the vast spectrum of the imagination utilizing the five elements water, air, earth and fire & music; to arrive at it’s quintessence. 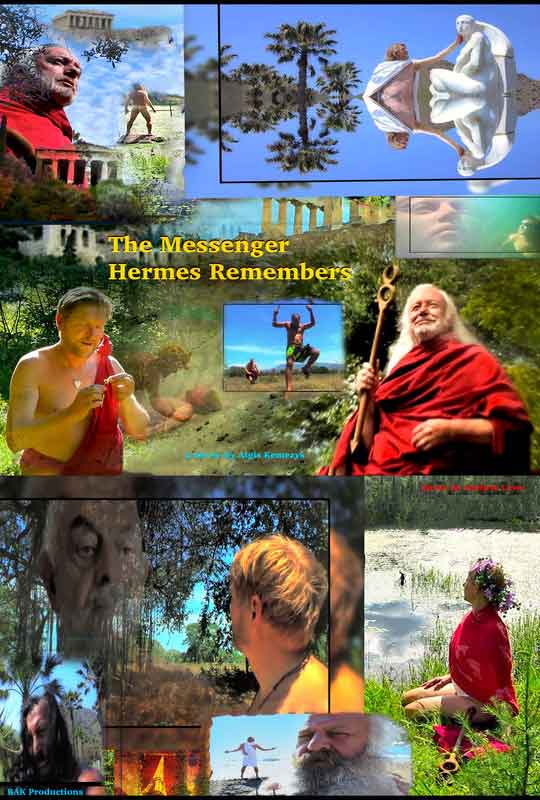 Algis Kemezys is a seasoned image maker both in still photography and cinematography. His photography has been exhibited worldwide while his mostly-documentary videos have played in International Film Festivals and won prizes. He conceived, directed, filmed, edited & acted in this movie which follows the ancient Hellenistic tradition. http://imdb.com/name/nm2681518/
Subscibe to Giff Video Channel