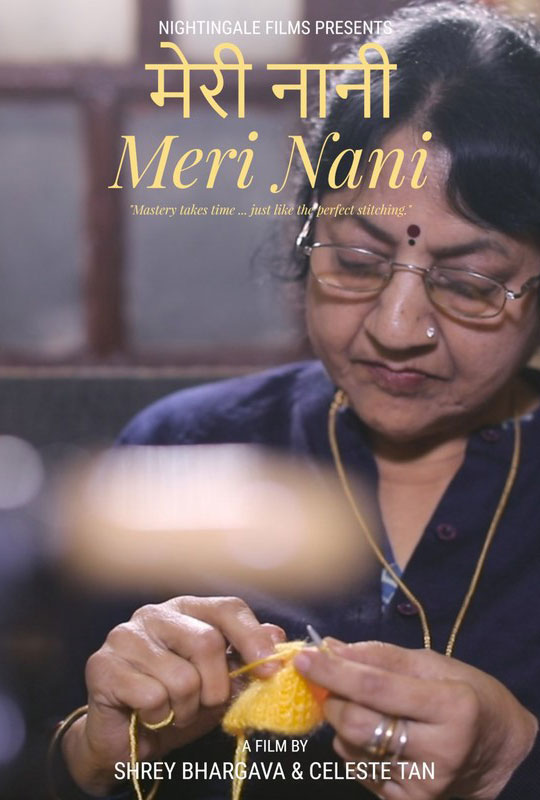 Student Director Shrey Bhargava's short film about a man reflecting on the nature of his grandmother's love, after discovering what really happened on his 10th birthday.

Shrey is an actor and filmmaker from Singapore. He is the founder of Nightingale Films, a YouTube channel dedicated to making short films and a prospective film production company. He graduated from Raffles Institution in 2013 after completing his A levels and is currently pursuing a BA in Dramatic Arts as well as a BA in Cinema & Media Studies at the University of Southern California.

Shrey has formally trained in Acting at Buds Youth Theatre, SRT’s Young Company and the SAF Music & Drama Company, in Lee Strasberg’s Method and Acting for Camera at Haque Centre of Acting & Creativity and in Improvisation at The Improv Company.

Aside from "Anew", Shrey also produced "One Day" (2017), a silent short film featuring a single by Bernard Dinata and "Spend This Once Smiling" (2014), as part of the Yahoo Fast Flicks Competition, where it finished in the Top 20 films. Shrey also recently made his directorial debut in Nightingale Films’ latest short film, "My Home, Singapore?" (2017). "My Home, Singapore?" made it to the official selection in 8 film festivals and finished as a semi finalist at the Best of India Short Film Festival, which landed the film a 3 year distribution deal in South Asia on ShortsTV.

Shrey’s hosting experience ranges from live onstage events like the "National Day Post Parade Celebration Concert" at the Marina Bay Floating Platform (2015) to TV hosting such as the "28th Southeast Asian Games" (2015) as well as educational hosting for the series "Into the World" (2017) by the Ministry of Education, Singapore.

Shrey was awarded the Best Actor (2010-2012) and Best Director (2013) awards at Raffles Institution’s annual Dramafest and was part of a team that won 1st in the world in improvisation at the acclaimed Destination Imagination Global Finals (2012).

He was presented with the Kripalani Award in 2013 for his outstanding creative achievements and contributions to Drama at Raffles Institution.