A stranger. 11 minutes. 660 seconds that could be worth a lifetime. On a night that was supposed to be a celebration in a restaurant for the couple Beta and André, everything seems to change with the arrival of an intruder. Pedro brings news and revelations that can turn Beta´s world upside down. 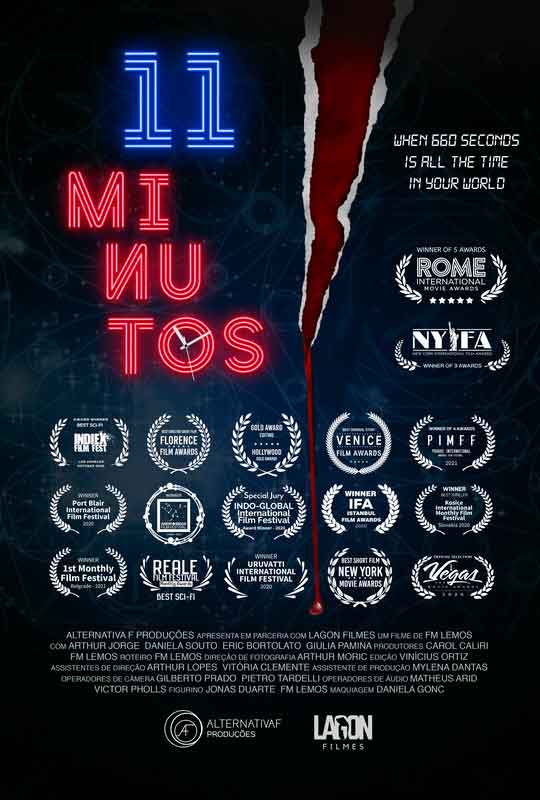 Born in Brazil in 1981, FM Lemos has always been a great lover of cinema. He worked his entire life in advertising until at the age of 36 he decided to devote himself to his passion. He graduated from the Latin American Film Institute and created his first short film, 11 minutes, which he wrote, produced and directed. In 2019 he participated as art director, executive producer and screenwriter of Arthur Moric's feature film Placebo Effect.
Subscibe to Giff Video Channel