Hatua Kwa Hatua is the second collaborative Film of the bagamoyo film collective
Hatua kwa Hatua is a film about the relationship and dynamics of environment and every day life. The Film tells the story of Mama K and her husband. He is a fisherman, but he hasn’t found fish for a long time, because of the over fished sea. Mama K becomes the main provider for the family. That leads to conflicts in their relationship. And there is a community theatre group thinking about their next street performance. 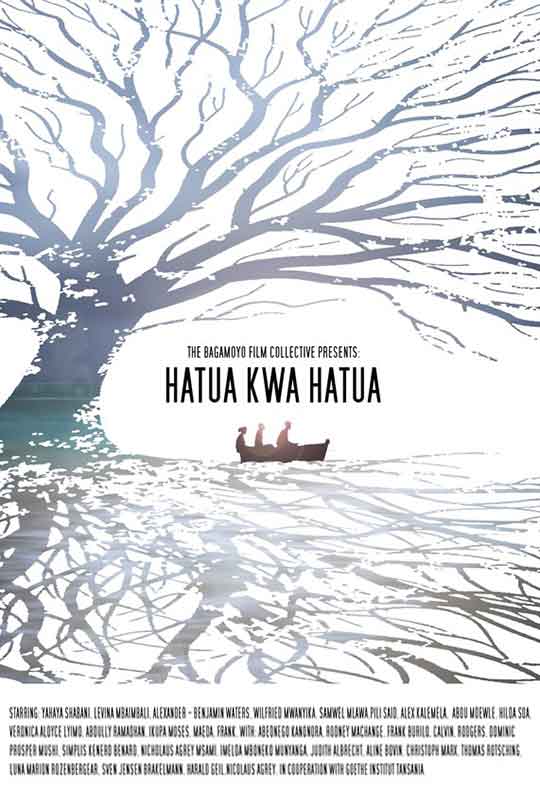 Judith Albrecht was born in Berlin in 1975. She acquired her Master’s degree studying ethnology, Latin American studies and sociology at the Freie Universität Berlin and completed her doctorate in 2011.

Since 2003 she works as ethnologist, locally and abroad, and as lecturer at different institutes of higher learning. Since 2016 she lectures at the faculty for ethnology at Freie Universität Berlin.

In 2002 she graduated from Filmwerkstatt Münster, following a course in “master school documentary lm”, and works as a freelance documentary filmmaker since 2003.

Judith Albrecht has engaged with social and political changes and their eject on personal history and biography in a multitude of ways.

In 2016 she directed "Nani kama Mama", the first movie of the Bagamoyo Film Collective.