The Road, A Driver's Diary

A sudden need for cash leads an unemployed director to start driving for Lyft & Uber. Assuming it would be a fun and easy way to make some extra money, the driver soon discovers that the ‘road to riches’ is littered with socially challenged passengers and greedy app-enabled ride-share companies.

Based on real life events, the driver offers a ‘crank-snark’ point-of-view regarding passengers, drunks, surge pricing and an over-reaching ride-share industry – all at the expense of the underpaid driver.

The theme throughout, is what the driver refers to as, “society’s selfish indifference towards others.” Ultimately, he appeals to our better nature and reminds us of the Golden Rule, “treat others as you wish to be treated”.

As he climbs into a backseat as a customer, the driver addresses the audience. “Need a ride?” “You can get one… just don’t be a dick!” 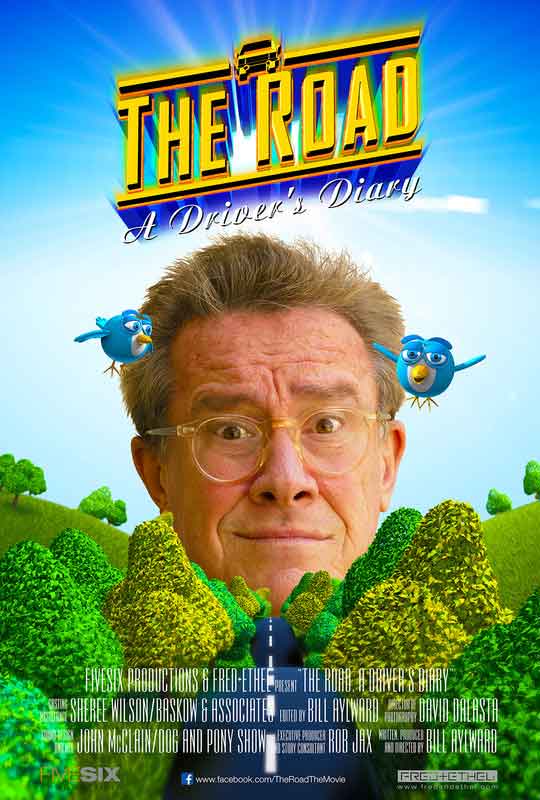 Bill's a storyteller. Growing up amidst the wooded hamlets and wandering harbors of Long Island's north shore, Bill's "Huck Finn-styled” youth was a fluid adventure of curiosity and discovery. Whether surfing Ditch Plains in Montauk, trying to ice skate across Long Island Sound (d’oh!) or spending a day in the City at MoMA (under some questionable influences), he always found life to be exciting.

Bill went on to study film + design at San Diego State University (unofficially majoring in surfing and other illicit activities). He holds a BA in Film+TV. While designing slideshows for Apple, Bill was instrumental in the press launch of the original Macintosh. Later he was invited to work in Paris as art director for Sogitec, an early pioneer in Europe’s burgeoning CGI commercial landscape. While based in Paris, Bill exhibited at the Centre Georges Pompidou museum, art directed at Europe’s first High Definition Television facility, worked in Stockholm, Milan and Munich, for a diverse roster of clients, including French and Italian television, Air France, BMW, SAAB and Volvo. Paris. Five years. Sure...there are a few stories ; ) Then there were the Oprah Winfrey and 40th Anniversary Today Show opens, music videos, video wall installations, IBM case studies, casino commercials and...well, he sometimes jokes that he goes back so far, he's in front of himself.

After more than 30 years as a director, cinematographer, editor, writer, designer and all-around creative director, Bill’s work spans commercials; broadcast promos + show opens, music videos, corporate marketing and case study videos. He is a visual storyteller combining a 360º technical perspective with a passion and commitment to stories and the creative product.