A couple face challenges trying to date during lockdown. 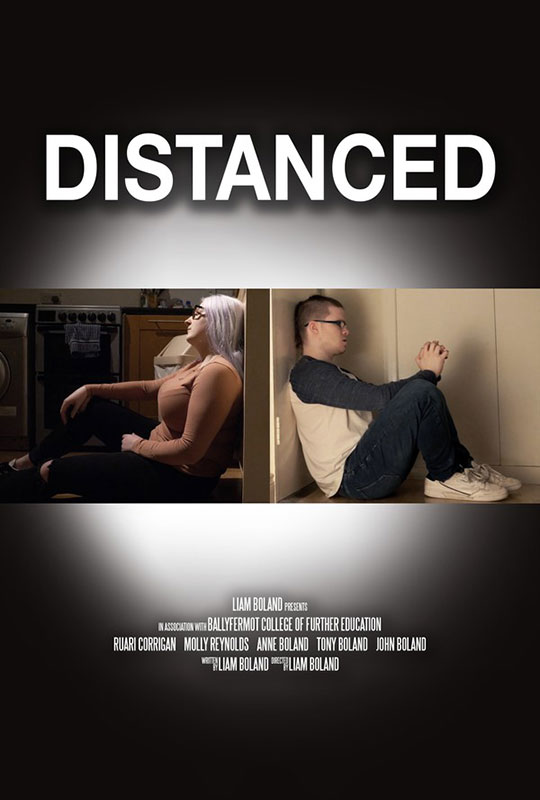 Liam Boland is a passionate writer-director, who's interests lie in making films about complex personal relationships to cater for audiences who want something to relate to. Having made his first independent short film at 17, Liam went on to win the "Best Film" award at NOISE Flicks Film Festival not seven months later. Since the beginning of 2021, he has been interviewed on both of Ireland's main evening news programmes and was nominated for the best cinematography award at Fresh Film Festival 2021. So far in his career, Liam's work has focused on the challenges that adolescents face in their day to day lives. Although he is interested in continuing to explore the coming of age genre to an even deeper extent, he is also excited to experiment with writing and directing different and more experimental pieces of work in the future.