Marco and Stefania meet in the waiting room of the private clinic owned by esteemed surgeon Prof. Calvesi. The pair starts a casual conversation that very soon heats up as they inadvertently open up to each other. They will soon learn that, despite all their differences, life pushed them down the same path. 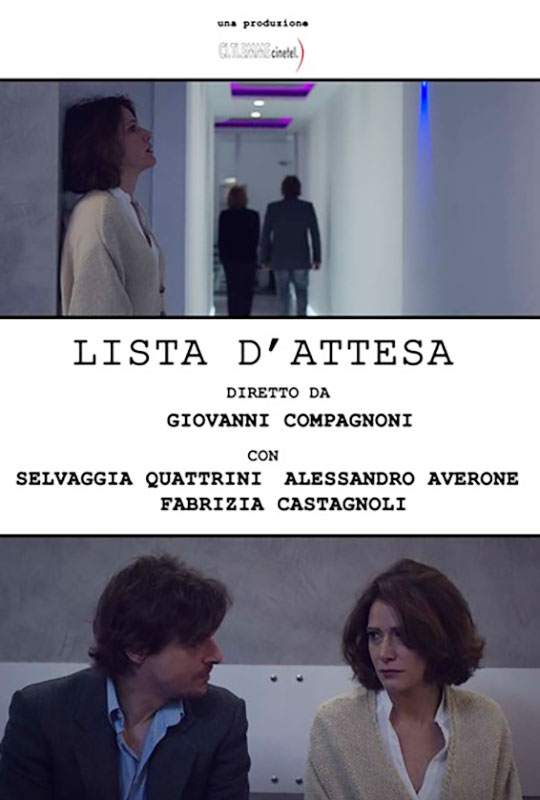 Giovanni Compagnoni is an award-nominated Italian filmmaker who moves his first steps into the Industry in Rome where, still a student, he works as 1st and 2nd AD in features, documentaries and theatre plays. In 2014 he moves to London to join the Filmmaking Diploma at London Film Academy where he graduates in 2015 and wins the award for Student of The Year. Since then, his skills led him to join several projects, from shorts to Feature Films (Finding Your Feet, Us Among The Stones, Susu), ads for important brands (Dyson, Microsoft, RBS, HSBC among others) and recently several BBC Productions as Camera Operator, including 'Opera Mums With Bryony Kimmings' and 'Suffragettes With Lucy Worsley', awarded with a Bafta for Best Specialist Factual.

In 2018 he directs his first short film, Waiting List, currently in the festival circuit and short-listed for the David di Donatello Awards in Italy.