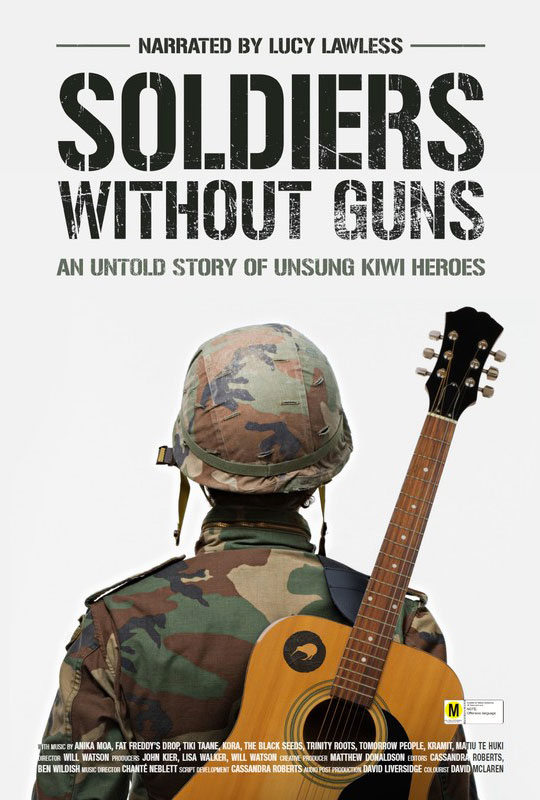 The riveting journey of coalition soldiers as they land unarmed into the heat of a 10 year civil war using only the weapons of Music, Maori Culture and Love to create peace.

This radical idea of sending soldiers without guns was condemned by the media because they felt the soldiers would be massacred given the first 14 peace attempts had failed.

This film shines a light on the untold story, of unsung heroes and their, “mission impossible.” A story of love, compassion and hope in a world struggling with growing and entrenched hostilities.

Will Watson is an International award winning filmmaker. His first Television documentary won 6 best international documentaries awards. In 2017 his documentary played at the Palais in Cannes during the Cannes Film Festival having won the best documentary at the World Peace Initiative.

Will started out his careers in journalism and publishing in the 90’s and then moved into film making in 2002. His first jobs were as cameraman for BBC, ITV, Al Jeerza, Sky. He then moved up to be a Director of Photographer for larger international films

Will completed a feature documentary called, “Soldiers Without Guns” in 2018. The story revolves around the New Zealand Defence Force ending a war using guitars instead of guns. His work on film has led him to creating and being invited to do a TED talk and winning a international humanitarian award.